In 2005, the two departments were merged with the Department of Philosophy and Religious Studies of the Faculty of Education and External Studies (Kikuyu Campus) to form a combined Department of Philosophy and Religious Studies. In 2012, the Human Rights program was established and the first cohort of MA students was admitted in September of the same year.

The combined Department of Philosophy and Religious Studies offers undergraduate and graduate degrees programs in Philosophy, Religious studies, and Human Rights. It also offers services courses to the Faculty of Education, Faculty of Architecture and Engineering, the Department of Economics, and Department of Mathematics. There are three modes of learning: full- time, module II (day and evening), and distance learning.

In the past few years the department has continued to make progress in all key fronts: in creating and offering new and exciting variety of programmes; in research, publications, workshops, guest lectures, physical and infrastructural development, development of academic programmes and growth in the required human resource capacity, growth of student enrolment, and networking with its peers nationally and internationally.

Joining the Department of Philosophy and Religious Studies gives an opportunity to study events and ideas of profound significance to humanity.  It offers academic programmes which prepare you for opportunities in diverse careers such as academia, media, law, business, advocacy, clergy, advertising, human rights monitors and charity work across Kenya and the globe.

Evolution, Morality, and the Fabric of Society

University of Toronto Emeritus Professor of Philosophy, Paul Thompson, will give a lecture titled  “… 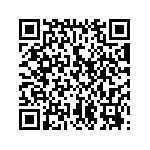